Note: Please click on an image for a full-size version of the relevant map.

The ‘Symonson’s Map of Kent 1596’ was first published by Stent in 1650. Philip Symonson held the post of Expenditor, Superintendent and Surveyor of the Bridge and the Bridge estates at Rochester from 1592 until his death in 1598. He was also Mayor of Rochester in 1597. As Surveyor, he made maps of four estates belonging to the Bridge Wardens of Rochester: ‘Manors of Nashenden and Little Delce’, ‘Lands in the Parish of Dartford’, ‘The Manor of Langdon, and ‘Estate at Tilbury’.

The first three of these are preserved in the archives of the Bridge Chamber at Rochester, the fourth has disappeared; all were manuscript maps.  Symonson is best known for his great map of Kent, bearing the date 1596.  No complete copy of the first issue of this map is known, but the eastern sheet, in the possession of Canon G. M. Livett, was reproduced by the Royal Geographical Society in English County Maps in the collection of the Royal Geographical Society, by Edward Heawood, in 1932.

From the dates of Stent’s activity as a publisher and from the watermark of the map, it can be dated at about 1650. From this, the earliest known copy of the whole map, it is understood that Charles Whitwell was the engraver of the original plate. Whitwell was one of the best of the early English copper engravers.

John Overton, who succeeded to most of Stent’s plates, re-issued this map in 1666, with his own name and address in the place of Stent’s. Finally, in 1770 the plate was again used by John Sayer, Symonson’s name being at last removed. The map was copied, with reduction and alterations, in Harris’s History of Kent, 1720. For size and detail, the map was superior to any English county map of its time.

Note: The original printed version of this map measuring 88cm x 72cm (35″ x 28″) is stored in the Fairseat Archive.

The Hundreds of Wrotham 1797 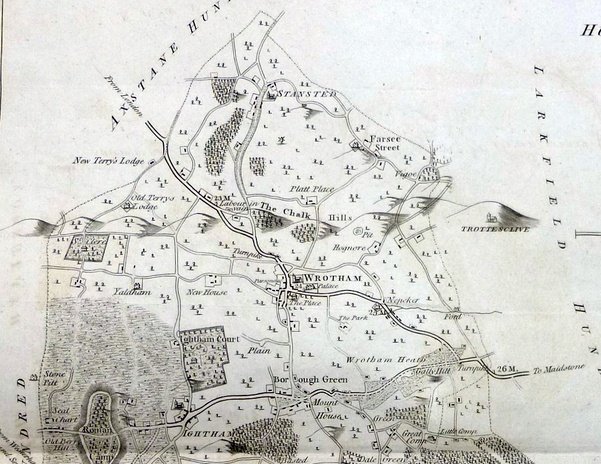 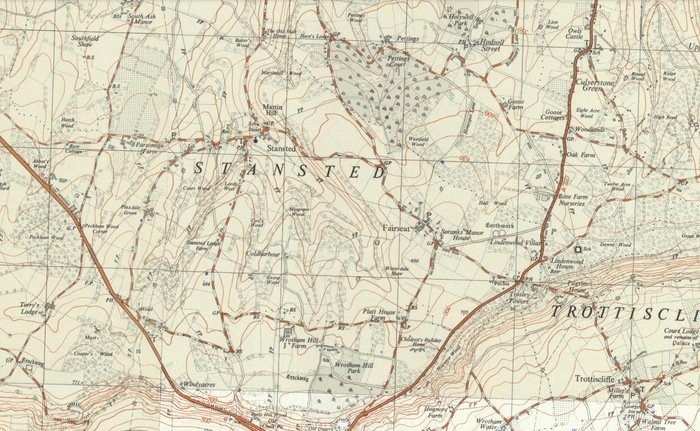 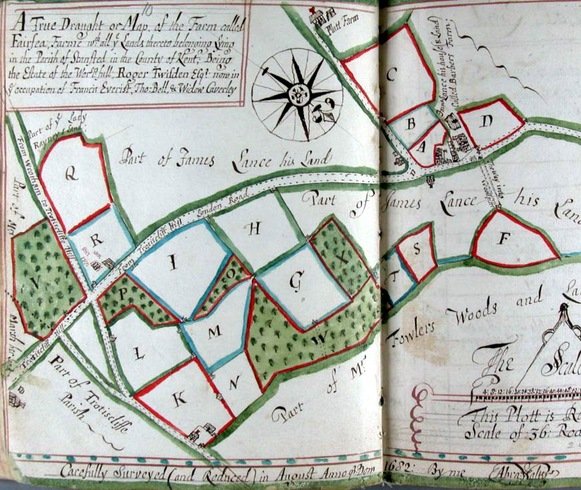