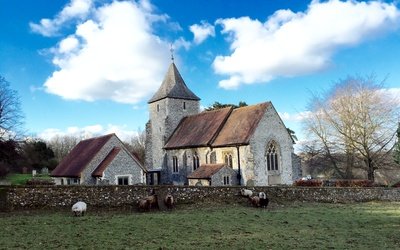 St Mary’s Church, Stansted, is a medieval church with a bold brick tower and stands in a peaceful setting next to the grounds of Stansted Hall.   A ‘chapel at Stanstede’ is first explicitly mentioned in the Textus Roffensis, which was compiled at Rochester between 1122 and 1124 from earlier Anglo-Saxon documents.  The oldest tombstones in the churchyard date from 1715.  A major project to restore the Church bells took place in 1991 and an extension, the ‘Cloisters’, was completed in 2015.   Further information and additional historical reports are available via the link to the main church index page.. 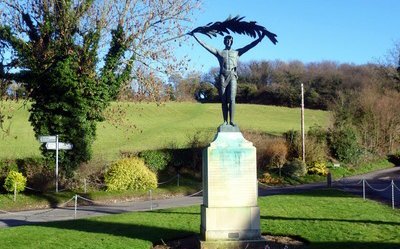 The original memorial statue was erected in 1923 on land donated by Sir Gerald Hohler of Court Lodge.  The sculptor was Hungarian Alajos Strobl who had been commissioned by Sir Gerald and his brother Thomas.  The statue was stolen in 1964 but successfully retrieved and reinstated.  Following a second theft in 1995 the original statue was lost.  The current statue was created by Faith Winter and rededicated on Remembrance Sunday 1996. 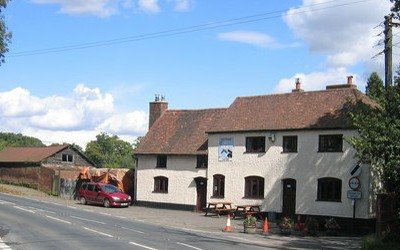 Allegedly there has been a pub on this site since 1471, and parts of the existing buildings are said to date from that time.   First known as the ‘Upper Drovers’, but given its present name by a sailor returning from the 1702 Battle of Vigo Bay.   An ever-present entry for most of CAMRA’s lifetime, this pub closed its doors for the last time on 31 October 2014 when planning permission for conversion to residential accommodation was granted, thereby consigning over 500 years as a welcoming and idiosyncratic hostelry to the history books.   Tony Piper provides an insight into its long history. 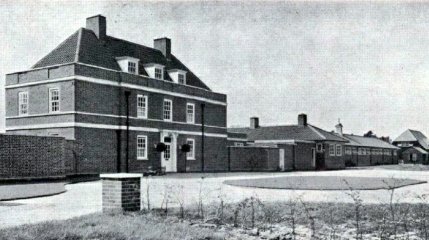 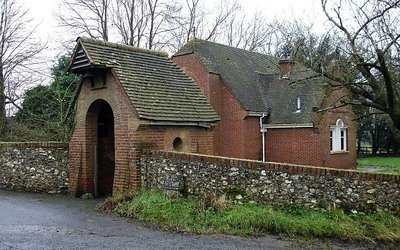 Chapel of the Holy Innocents, Fairseat.

The current Church of the Holy Innocents at Fairseat, known as Fairseat Chapel, was built in 1930 by Sir Phillip Hickson Waterlow, to the memory of his wife, his father and his mother who lived in Fairseat.  The Church is the second Church of the Holy Innocents at Fairseat, the first being established in one of the farm buildings adjacent to the children’s convalescent home at the Manor House which was managed by the staff of Sir Philip and Lady Waterlow.
Note: further information on Sir Philip Waterlow is available via the ‘People’ section of the website. 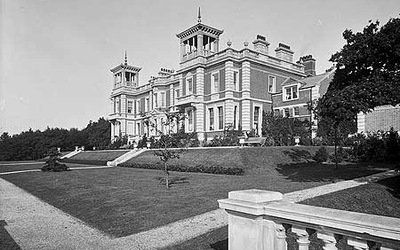 Trosley Country Park and Vigo village were once part of the Trosley Towers Estate.  In 1870, Sir Sydney Waterlow, purchased large areas of land including the village of Fairseat, a major section of Stanstead as well as other areas of land between Wrotham and Meopham.   The parts of the estate were linked by a small bridge over Trottiscliffe Road bearing the family crest, which is still in evidence today.   In 1887, he built Trosley Towers on the crest of the escarpment on the North Downs, to the east of Trottiscliffe Road. 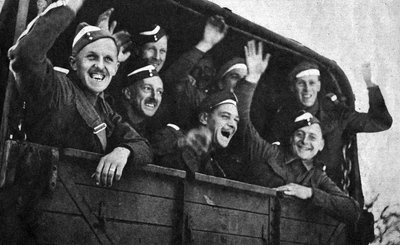 The Pre-Officer Cadet Training Unit (OCTU) at Wrotham Camp was reputed to be at one stage the largest training establishment in the world with up to 10,000 cadets on-site at one time.  The camp was situated in what was the Waterlow estate and this area of the North Downs was a scene of intense military activity during the second world war.  The first intake into the camp was in August 1942 and the camp continued training potential Officers until its closure in 1946. 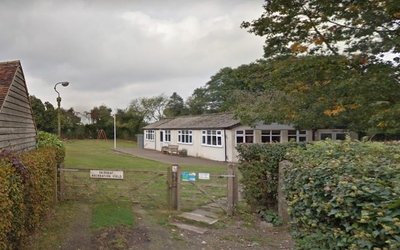 The Hall stands on an acre of ground donated to the village by Mr and Mrs Anderson in 1958 to provide a safe area for children to play in.  Shortly after, village resident Hugh Pasteur persuaded his fellow Directors at J&E Hall, Dartford to donate their old wooden sectional office buildings for use as a Village Hall.  A fundraising campaign enabled foundations to be dug and services installed.  The Hall was opened in 1961 and, although it has been substantially refurbished twice since, it is still largely in its original form.  The Society’s archive is also located in one of the rooms. 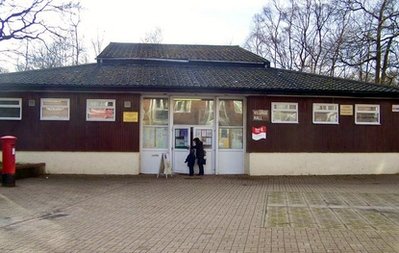 Work to construct Vigo Village Hall began in 1973 but the project hit serious problems and the building was not opened until 1980.  In the linked article, John MacKenzie and Don Banks recall the problems with the project and the unusual build-up to the opening ceremony. 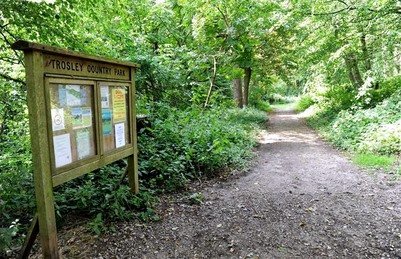 Kent County Council bought and opened the 170 acre Trosley Country Park in 1976.   The land was once part of the Waterlow family’s estate where in 1887 Sir Sydney Waterlow built the Trosley Towers mansion.
The land that now forms the park was part of an officers’ training camp throughout World War II and a climbing wall, concrete lookout platform, and pumping house, can still be found today. 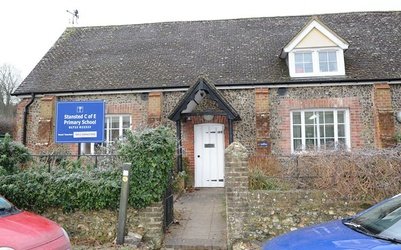 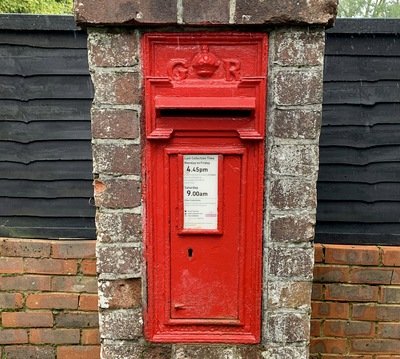 The Post Office in Stansted existed from 1897 until the late 1990s.
It was originally located in Tumblefield Road at High Tree just up from the Black Horse and was subsequently located just below Hook and Hatchet, Hatham Green Road, where it was co-located with a shop for many years.  The Post Office moved to the Black Horse public house in 1988 and permanently closed when Brian and Mary Keast moved away from the area. 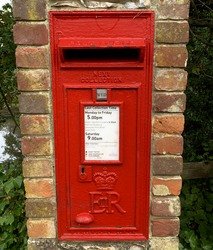 For 124 years there was a Post Office in Fairseat. It operated in three premises; Fairseat Cottage (1871-1930), The Old Post House (1931-1966) and Fairseat Farmhouse (1967-1997) and for much of that time the post office facilities co-existed with a village shop.
In 1997 Kay and Len Pointon retired after almost 30 years service and since then there has been no post office and shop in Fairseat. 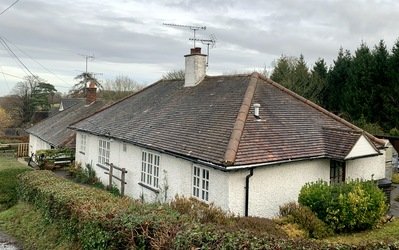 In 1912 a small but successful experiment in community housing was launched in Stansted. In those days most farmworkers lived in tied cottages and there was a need for cheap housing for those who were evicted when they were too old to continue work. In 1912 Maude Berry and her brother built a pair of semi-detached cottages in Tumblefield Road. The second pair of cottages was built in 1926 with the cost having risen to £550. The cottages have been occupied continuously with residents either born locally or with close connections to the Parish, all benefiting from the Berry family’s initiative. 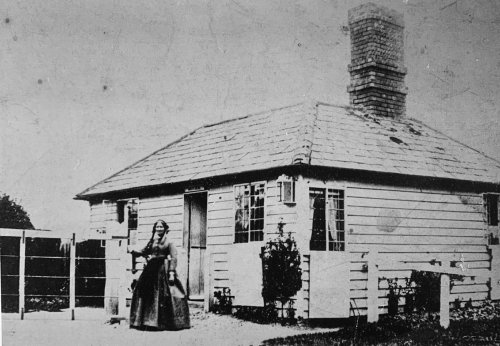 The Gravesend to Wrotham Turnpike

From 1825 to 1876 the A227 Gravesend Road was operated as a turnpike with 4 toll houses along its length. One of these was at the crossroads between Fairseat and Vigo Hill and this article covers the building of the turnpike and the operation of the tollhouse which is now a residential property. 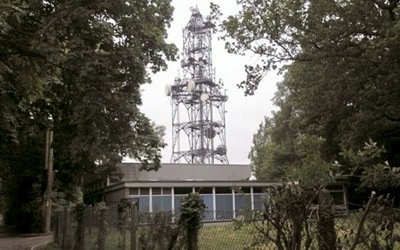 The Telecommunications Tower in Crabtree Close has played a vital part of the television, radio and telephone infrastructure for the south-east since 1966.  The facility also formed part of the emergency communications infrastructure in the event of a nuclear war.
Local resident, John Deacon, was the Engineer-in-Charge of the Station for 12 years and has lived within yards of the site for almost fifty years. 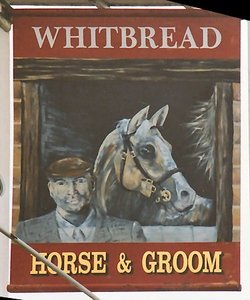 The Horse and Groom (PH)

The Horse and Groom public house was originally built about 1770 and subsequently rebuilt during the late 1800s although the exact date is currently unknown. It was one of five long-standing pubs in the Stansted parish which include the Vigo Inn, the Black Horse, the Anchor and Hope, and the Hook and Hatchet. The Horse and Groom finally closed in 2016 and has now been renovated as a detached residential property. 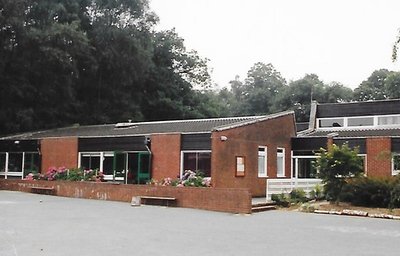 The present primary school in Vigo was purpose-built in 1972 and is a thriving and successful modern school.  For the 14 years after the end of WW2, however, things were much more temporary with populations and provision coming and going.  This article outlines those historical times. 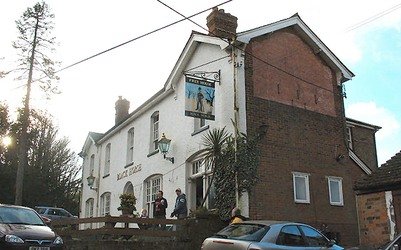 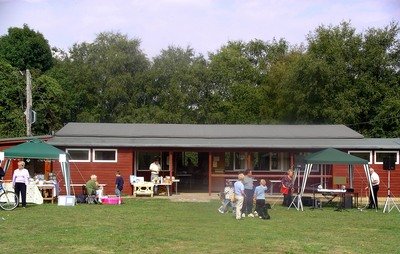