This page lists the residential properties in Hatham Green Lane. Hatham Green Lane runs East to West from the junction with Plaxdale Green Road to the crossroads with Ash Lane.
Please get in touch with the Society should you have further information on any property listed. 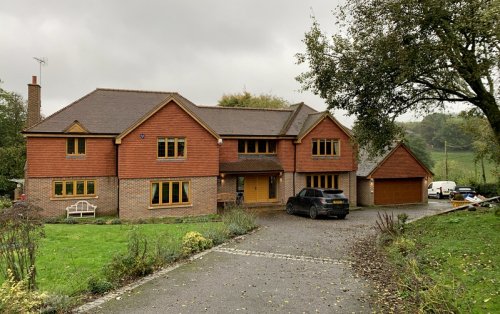 Built in the 1970s on a vacant plot when still part of Oaktree Farm. The property was significantly extended in about 2013. 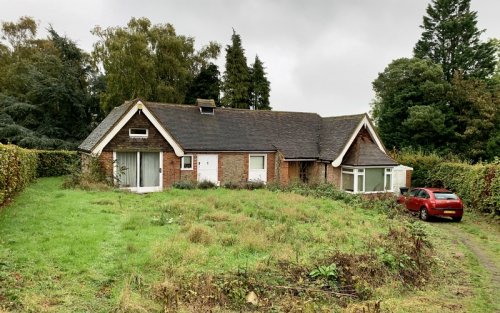 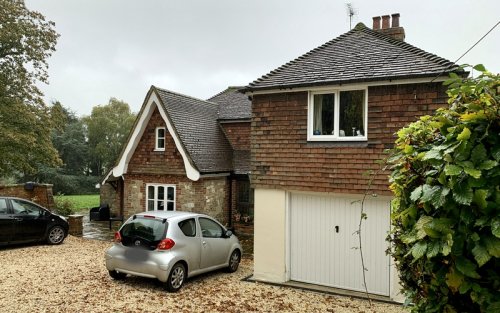 Originally Hat(y)ham(n) Green Farm Cottages, and listed in the 1851 census. 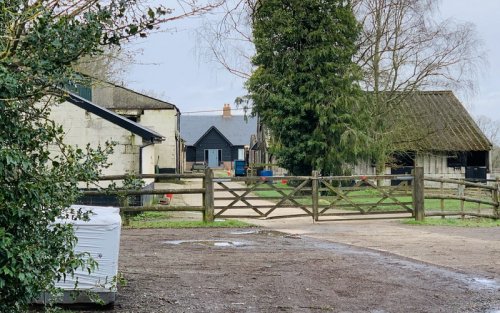 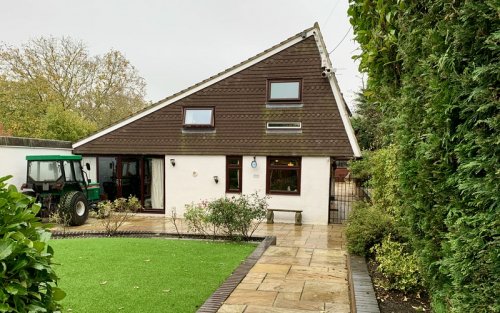 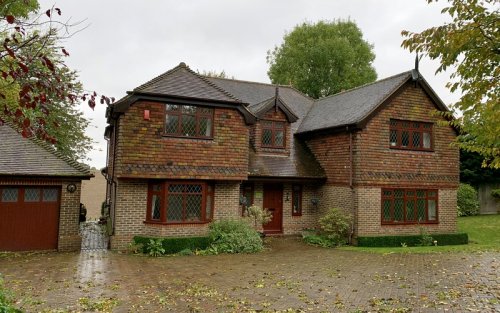 Previously two properties known as Hook and Hatchet which were built in the late 1800s. They were demolished in about 2001 and Holly House was built on the site. 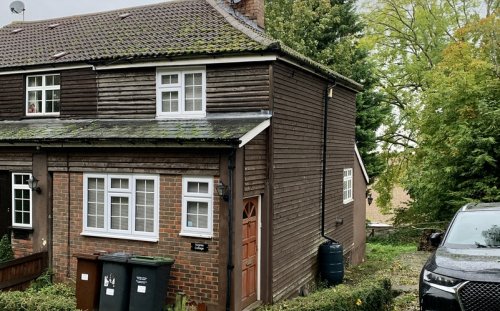 Originally part of the old Post Office and shop which closed in 1988 the property was subsequently separated into two dwellings creating Virginia Cottage. 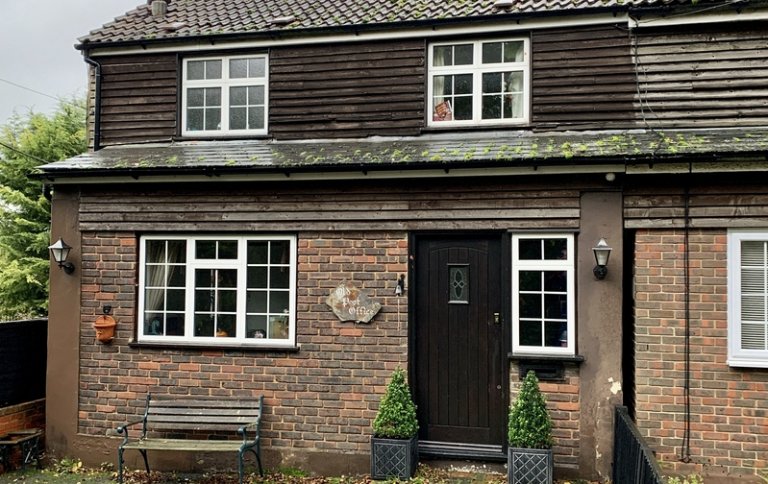 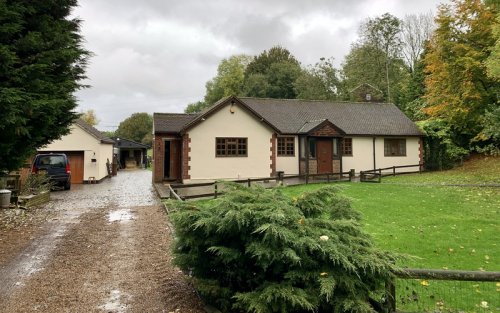 A bungalow has existed on this site since the early 1930s and was occupied by the sisters Fanny and Mary Jarvis for over 40 years. As of 2022 there are plans to demolish the bungalow and rebuild it. 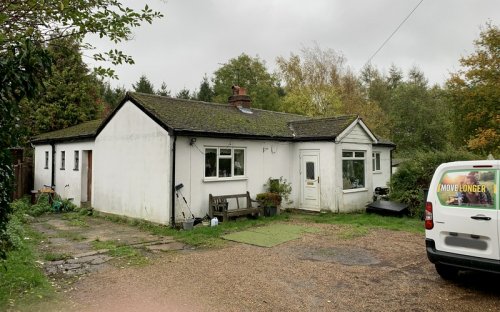 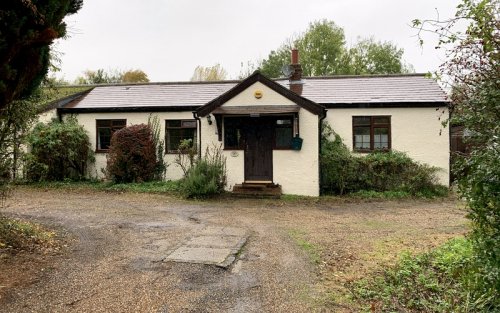 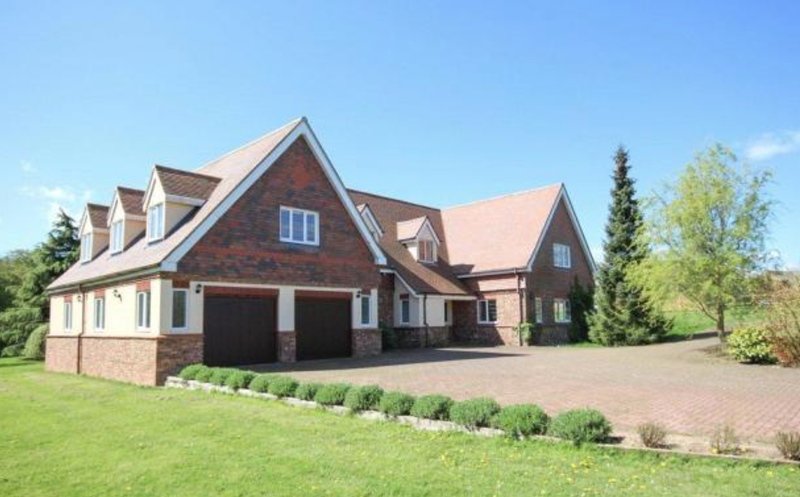 This was originally part of Parsonage Farm and was bought when the land was sold as individual lots in 1995. It was bought as one plot along with the land and building which is now Buzzards. The site originally had a two-bed farm workers’ bungalow (Notts Cottage which predated 1841) on what is now Buzzard’s land, opposite Parsons Cottage/Harvest Cottage and which fronted on Hatham Green Lane. The bungalow was demolished to make way for Amber Prospect, which was built in 1995, further back from the road and slightly to the southeast. The plot was divided into Amber Prospect and Buzzards in 2016. 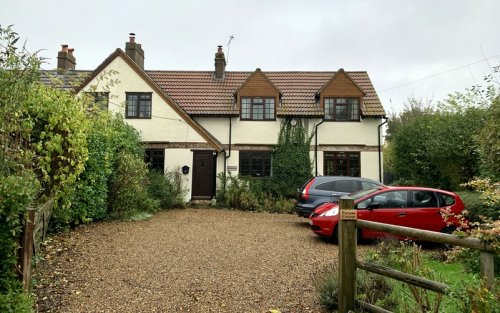 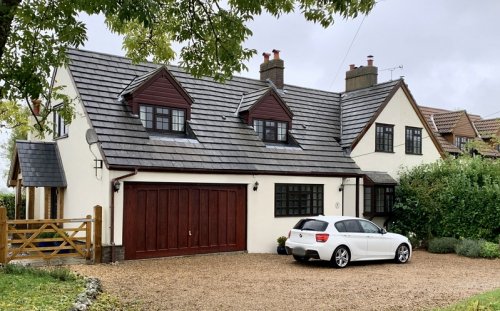 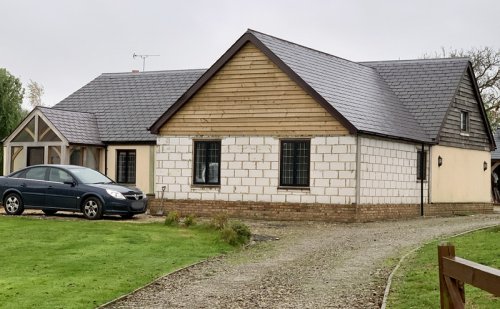 The original building on this site was a piggery for Parsonage Farm and was bought in 1995 along with the land which is now Amber Prospect. The original building was demolished and Buzzards was built from 2010. Footpath MR218 which originally ran diagonally across the site was legally diverted around the boundary of the garden in 2020. 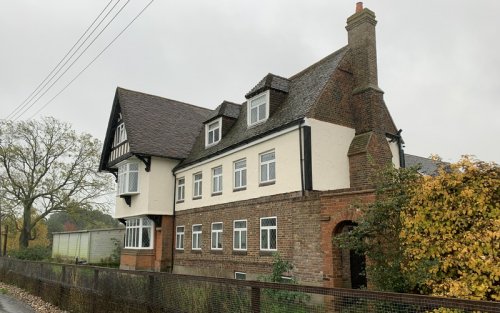 In 1841 this was a farm of 135 acres known as Parsons Farm. it was owned by James Graham and farmed by Thomas Hills. It was mainly arable and in 1865 became the centre of what is known as the Eolith Controversy, where many flints were discovered on the farm which appeared to have been worked by hand. By 2012 most of the farming use had stopped and much of the land had been sold leaving about 12 acres of land. After 2013 many of the redundant farm buildings (some of which had been lived in by farm workers for very many years) were converted and sold as private dwellings. 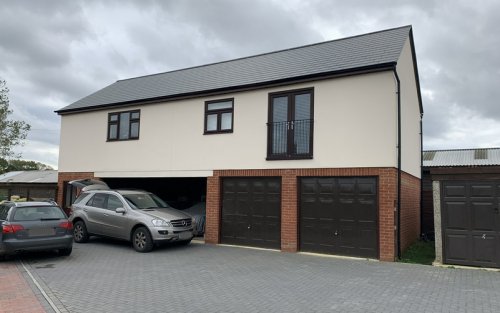 This was originally a two storey building constructed in 1905 which was used for agricultural purposes with a first floor hayloft. It had fallen into disrepair by 2013 and was rebuilt to form a dwelling in 2016. 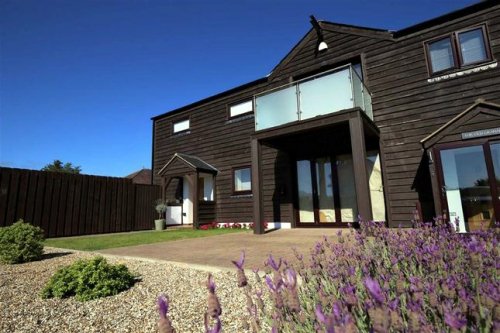 Previously a property called Meadow View was sold in 2001 at the same time as Parsonage Farm changed hands. It was subsequently demolished and replaced with three terraced properties Hayfields View, The Old Granary and Meadow View). 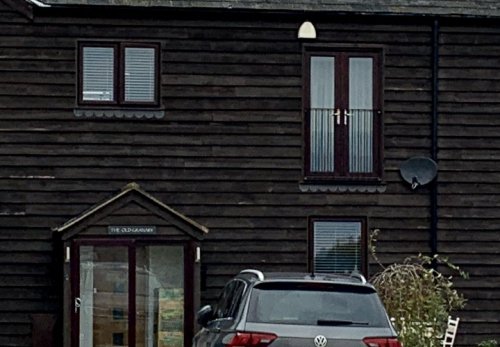 Previously a property called Meadow View was sold in 2001 at the same time as Parsonage Farm changed hands. It was subsequently demolished and replaced with three terraced properties The Old Granary, Hayfields View and Meadow View). 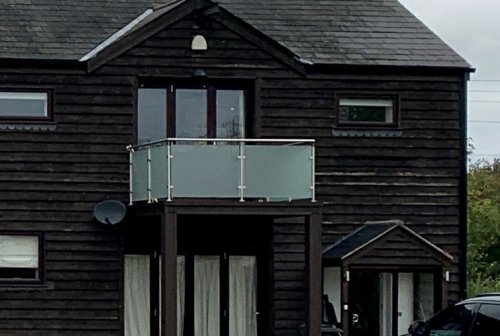 Previously a property called Meadow View was sold in 2001 at the same time as Parsonage Farm changed hands. It was subsequently demolished and replaced with three terraced properties Meadow View, Hayfields View and The Old Granary). 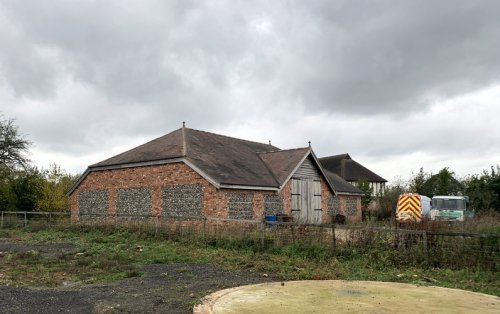 The property was built in 2005 as a barn associated with Janes Farm. It was converted to a residential dwelling in 2018 and together with the field to the south, used as a camping site, was sold in 2018. 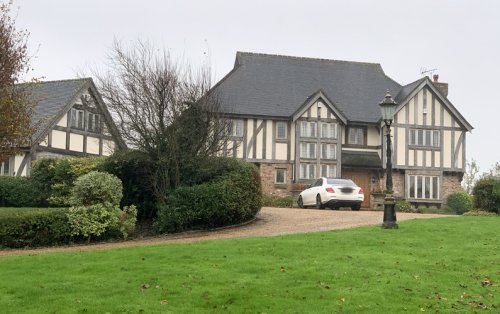 There was a farmhouse on this site in 1841 occupied by William Hollands who had six acres of orchards and hops either side of the Ash Road in the area known as Kittles (or Kettles) Corner. By 1996 the farm had grown to 34 acres and was sold. The old house, which was much closer to Ash Road, was demolished and the current building and barn were erected in 2005. The barn is now known as Lucy’s Barn and together with the field to the south was sold in 2018.